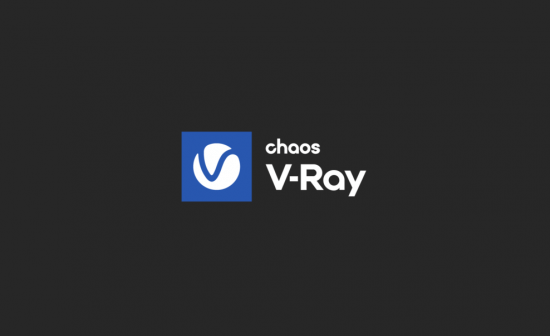 V-Ray Next for Rhino is much more than a do-it-all smart renderer that creates gorgeous images of your designs. It is also a full suite of tools to help you accomplish more in Rhinoceros than ever before. V-Ray Next makes it easier to manage everything in your scene - even the crazy complex ones. It is 50% faster overall, with GPU rendering 2x as fast and 7x faster using the Adaptive Dome Light. V-Ray Next for Rhino is compatible with Rhino 5 and 6 on Windows only.

Superior Grasshopper support:With V-Ray Next, you can do more in Grasshopper than ever before and get advantage of powerful capabilities. Render your parametric designs directly without "bakes" or exports. Animate Grasshopper definitions as well as cameras and sun, and measure real-world illumination values - all right in Grasshopper.

-Powerful asset management: The new asset management system helps you keep track of everything in your scene and streamlines your entire workflow. Now it is quick and easy to preview and manage lights, materials, textures and more all from a single location.

-Simplified Render controls: V-Ray Next for Rhino includes a redesigned interface that is more intuitive and easy to use. From the new camera layout to the simplified render controls, you'll spend less time navigating and more time designing.

Bug
-Installer ignores Rhino version preference
-Issue with assigning Fur and Clipper to geometry from the V-Ray tab in the Properties panel
-Toon material does not render with Render in project component(in Grasshopper)
-Sun transformation from NeUI's rotary widget is not exported to the renderer
-Cannot change proxy viewport geometry more than once
-Dome Light syncs with a temporary low-res HDR Light Studio png instead of direct hdr live feed
-Error loading V-Ray for Rhino on Windows 8.1
-Proxies inside blocks do not update in the renderer if the file is changed
-BlockEdit of geometry to V-Ray proxy is not visible in renders
-Pack Project doesn't work
-Certain proxy files cannot generate their preview mesh in Rhino 7
-Material Override option does not work if it only affects proxy objects
-Failure to render a specific scene and populate its assets
-Instanced Cosmos Lights do not emit light
-Black artefacts on objects with mipmapped hi-res textures
-Uninstaller fails to remove AppData folder error only
-OS user names with non-Latin symbols prevent installation of the License server, Cloud client and Swarm
-Crash on import of vrmat files containing circular references
-GH crashes on load if V-Ray for Rhino is loaded after GH
-Rhino crash upon rendering
-Crash upon changing a proxy material from a newly created to None
-Crash upon merging a specific Cosmos assset
-Cannot export animated .vrmesh file in certain situation