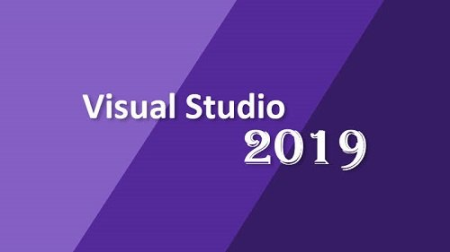 This is the installer of the build tools from Microsoft (i.

More specifically, unlike the full studio, this installer does not include the VS IDE Core component and, accordingly, you cannot install the visual development environment through BuildTools. Through this, an attempt is made to reduce the weight of the installer and reduce the size and impact on Windows. BuildTools does not provide any additional features (that is, it is like a "toolchain from small soft" ... it seems to me it would be worth calling this modification so that everything was clear at once ... but apparently the desire to be unique and inimitable prevents them from using calmly already available terms ).

ON BEHALF OF THE ADMINISTRATOR Then run Setup_BuildTools . cmd, where X specifies the version number you want to install (i.e. 16.8.X)

Bit depth : 32bit (some components are in 64bit version, but this does not interfere with working on 32-bit Windows)

Windows 10 version 1703 or higher: Home, Professional, Education, and Enterprise (LTSC and S are not supported ... but people work)

Hard disk space: from 1 GB to 22 GB, depending on the installed components.

2 GB of RAM; 8 GB of RAM recommended (2.5 GB minimum if running on a virtual machine)

Pay attention to the possibility to vote in the distribution header .

The removed components are so unimportant that you simply cannot select them from the first tab of the installer. On the second tab, in order not to run into missing components, you should not select those components that contain "14.2x" in their name, where x is from 0 to 7 ... the latest version (14.28) is naturally left. In short, graphically speaking from C ++ compilers, only this is left: