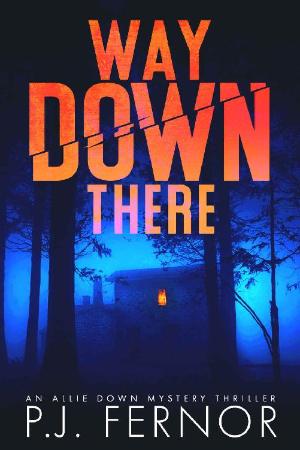 WHO IS KIDNAPPING YOUNG GIRLS IN THIS SMALL TOWN?

Detective Allie Down never had a strong relationship with her sister. Now her sister is dead - a tragic hit and run accident - and Allie leaves her busy city life to come back to her hometown to raise her teenage niece. She's now in the role as mother instead of the 'cool, fun' aunt. Her niece is grieving the death of her mother and Allie has more questions than answers about what really happened the night Alex was killed.

Sandemor is a sleepy town. A place not many would know or remember. Compared to the city detective life, Allie isn't sure how she's going to make this work. Trying to track down a missing cat isn't exactly what she signed up for.

Then comes the day two frantic - and newly divorced - parents show up to the police station. Pointing the finger at each other, claiming the other forgot to pick up their daughter from dance class two nights ago. All Allie hears is that a little girl has been missing for about forty-eight hours. If that's not bad enough, both parents end up getting caught in lies as to what they were doing the night their daughter went missing.

Allie is thrust into the disappearance case, but she's not alone. She didn't know Ben Welloski became a detective. Last time she saw him, he was working in his father's garage. The secret sparks between them are still there, but the focus has to be on finding young Jessie.

Clues lead Allie to another kidnapping case in a different town. The lead detective is an arrogant jerk, and the man accused of the kidnapping swears he's innocent. Without enough evidence to make an arrest, Allie wonders if the man has struck again.

Just as she begins to piece things together, a call comes in that a body has been found nearby. When Allie arrives and sees who it is, she suddenly feels like she's back in the big city again. Only here in her small town, any young child could be the next victim if she doesn't act fast enough.


Thanks for downloading Way Down There :