The Entokil Man The Life of Harold Maxwell Lefroy 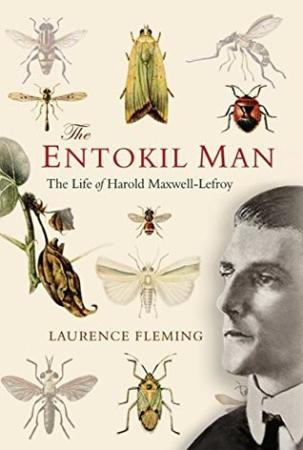 Harold Maxwell-Lefroy, the founder of Rentokil, was a maverick and a man of enormous drive and energy. From an early age he was fascinated with the insect world, and his thorough understanding of species' life cycles and habits, in its practical application, was to change the face of agriculture in several parts of the world. He was among the first really to apply the scientific method to dealing with insect pests, and the agriculture of the Caribbean and India still owes him an enormous debt. His Indian Insect Pests is still in print, an invaluable resource to Indian agriculturalists. In the Caribbean he saved the sugar crop which had been ravaged by pests, and was then sent to India as the official entomologist. Here his energy and drive led to an education programme for Indian farmers that for the first time showed them that the devastating consequences of insect pests were avoidable, along with the destruction of livelihoods that had always been an occupational hazard. He became the first Professor of Entomology at Imperial College and developed patented anti-pest chemical treatments that led him to create Rentokil towards the end of his life - trademark rules barred him from calling it Entokil, as he had wanted to. He went on to save the roof of Westminster Hall from the death-watch-beetle infestation that would certainly have led to its collapse. But he was also an inveterate risk-taker, who drove without regard for his own safety, and applied the same principles to his scientific practice. He died at the young age of 48, overcome by the poisonous gases he was developing - without the proper breathing equipment. Rentokil is his most tangible legacy, but it all began with one man's single-minded dedication to the application of science. **


Thanks for downloading The Entokil Man The Life of Harold Maxwell Lefroy :