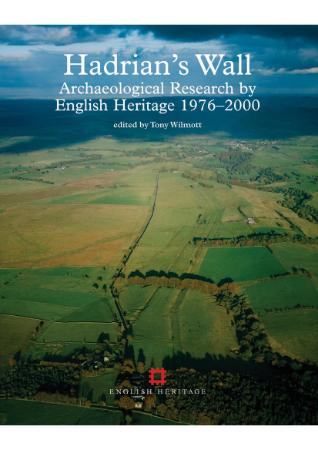 The lectures on which this publication is based were delivered as the Rhind Lectures to the Society of Antiquaries of Scotland in May 2019. The annual Rhind Lectures commemorate Alexander Henry Rhind (1833-1863), a Fellow of the Society renowned for his excavations (finds from which are now in the National Museum of Scotland) and publications. The 2019 lectures were generously sponsored by AOC Archaeology Group.

The first two lectures - chapters in this book - provide the historiographical background to our present understanding of Hadrian's Wall. They start with John Collingwood Bruce, the leading authority on the Wall, from 1848 until his death in 1892, who gave the Rhind lectures in 1883 and whose influence continues to this day. Research on the Wall in the field and in the study from 1892 to the present day are covered in the second lecture. The third and fourth lectures consider the purpose(s) and operation of Hadrian's Wall from the first plan drawn up soon after Hadrian became emperor in 117 through to the final days of its existence as a frontier shortly after 400. Five distinct 'plans' for the Wall are promulgated. The fifth lecture examines the impact of the frontier on the people living in its shadow and beyond. The last lecture revie the processes which have brought us to an understanding of Hadrian's Wall and considers the value of research strategies, with some suggestions for the way forward. The chapters in this book reflect closely the lectures themselves with the main change being the addition of references.

1848. The year of revolutions, on Hadrian's Wall

The twentieth century: the age of archaeology

The purpose and operation of Hadrian's Wall under Hadrian

The Wall after Hadrian: changing functions?

The impact of Rome: life on and around the frontier

Hadrian's Wall today and in the future