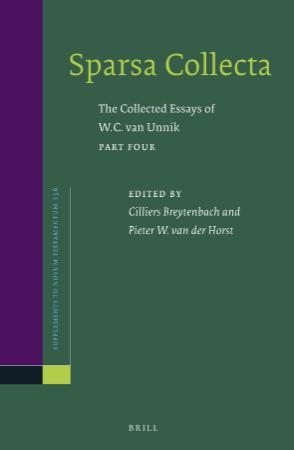 Between 1973 and 1983 three volumes of collected essays by Van Unnik appeared under the title Sparsa Collecta. All the essays in these volumes had been published between 1930 and 1970. The editors of the present volume decided to publish a fourth volume with a selection of his later papers, some of which appear here for the first time in English (they were originally published in Dutch).