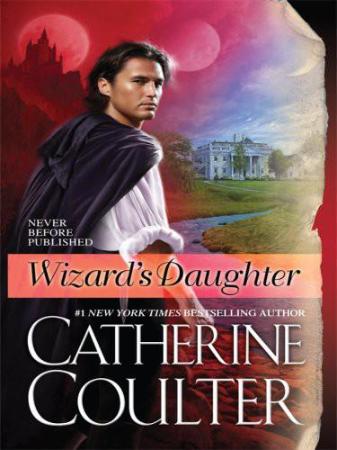 Dear Reader:
When Ryder Sherbrooke finds a child nearly beaten to death in an alley in Eastbourne, he takes her home to Brandon House. She doesn't speak for six months. Her first words, oddly enough, are a haunting song:

I dream of beauty and sightless night
I dream of strength and fevered might
I dream I'm not alone again
But I know of his death and her grievous sin.

Ah, and just what does this strange song mean that was seemingly imprinted on the child's brain?

She names herself Rosalind de la Fontaine since she cannot remember who she is. In her first season in London in 1835, under the aegis of the Sherbrookes, she meets Nicholas Vail, the 7th Earl of Mountjoy, newly arrived from Macau. It is instant fascination on both their parts, but for different reasons.

With Grayson Sherbrooke, they are led to an ancient copy of a mysterious book written by a sixteenth-century wizard. The book is written in a baffling code that neither Grayson nor Nicholas can read.

But Rosalind can, easily.

Strange things start happening. Both Nicholas and Rosalind know it has to do with the old book and, perhaps, even her past, particularly the song she first sang as a child. The urgency builds as they realize Rosalind is the key to a centuries-old mystery.