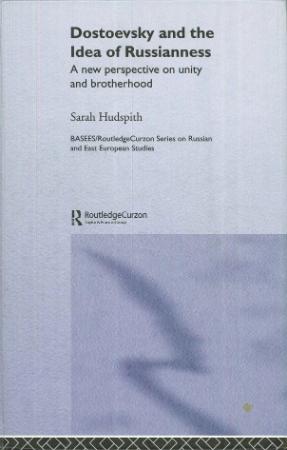 Dostoevsky and The Idea of Russianness A New Perspective on Unity and Brotherhood
pdf | 12.45 MB | English | Author :Sarah Hudspith | B000OYEYQS | 2004

This book examines Dostoevsky's interest in, and engagement with, "Slavophilism" - a Russian mid-nineteenth century movement of conservative nationalist thought. It explores Dostoevsky's vie, as expressed in both his non-fiction and fiction, on the religious, spiritual and moral ideas which he considered to be innately Russian. It concludes that Dostoevsky is an important successor to the Slavophiles, in that he developed their ideas in a more coherent fashion, broadening their moral and spiritual concerns into a more universal message about the true worth of Russia and her people.


Thanks for downloading Dostoevsky and The Idea of Russianness A New Perspective on Unity and Brotherhood :