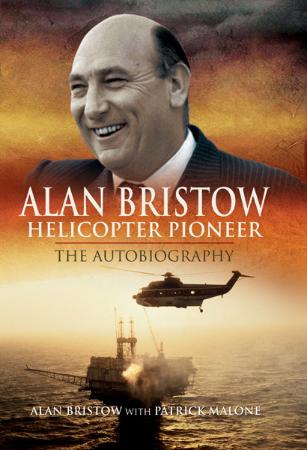 Alan Bristow, founder of Bristow Helicopters, died on April 26, 2009, seven days after completing his autobiography. He was a truly remarkable man; his full-page obituary was published in The Times and The Daily Telegraph. As a merchant navy officer cadet during the war Bristow survived two sinkings, played a part in the evacuation of Rangoon and was credited with shooting down two Stukas in North Africa. He joined the Fleet Air Arm and trained as one of the first British helicopter pilots, he was the first man to land a helicopter on a battleship and became Westland's first helicopter test pilot. Sacked for knocking out the sales manager, he flew in France, Holland, Algeria, Senegal and elsewhere, narrowly escaping many helicopter crashes before winning the Croix de Guerre evacuating wounded French soldiers in Indochina. For four years he flew for Aristotle Onassis's pirate whaling fleet in Antarctica before joining Douglas Bader and providing support services to oil drillers...


Thanks for downloading Alan Bristow Helicopter Pioneer The Autobiography :