A New Word on the Brothers Karamazov 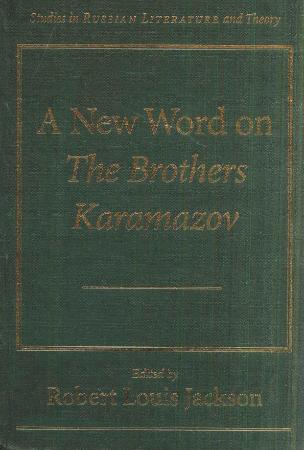 V. S. Pritchett has written of Dostoevsky that he "is still the master [because] he moves forward with us as the sense of our danger changes." Nearly a century and a quarter have passed since Dostoevsky's last and greatest novel began to appear in installments in The Russian Herald. The essays in A New Word on "The Brothers Karamazov" show us that Dostoevsky does indeed continue to change with us, and that The Brothers Karamazov is very much a novel of our time.

Edited by the nation's most respected senior Dostoevsky scholar, this collection brings together original work by notable writers of varying backgrounds and interests. While drawing on Dostoevsky's other fiction, journalism, and correspondence, the writing of his contemporaries, the state of Russian culture to illuminate the unfolding novel--these essays also make use of new fields of scholarship, such as cognitive psychology, as well as recent theoretical approaches and critical insights. The authors propose readings remarkable for their attentiveness to detail, relatively peripheral characters, and heretofore overlooked incidents, passages, or fragments of dialogue. Some contributors suggest readings so new that they are subvert our usual modes of approaching this novel; all reflect the immediacy of adventuresome, informed encounters with Dostoevsky's final novel. Treating The Brothers Karamazov in terms of a broad range of genres (poetry, narrative, parody, confession, detective fiction) and discourses (medical, scientific, sexual, judicial, philosophical, and theological), these essays embody on a critical and analytic level a search for coherence, meaning, and harmony that continues to animate Dostoevsky's novel in our day.


Thanks for downloading A New Word on the Brothers Karamazov :