Does Altruism Exist Culture, Genes, and the Welfare of Others 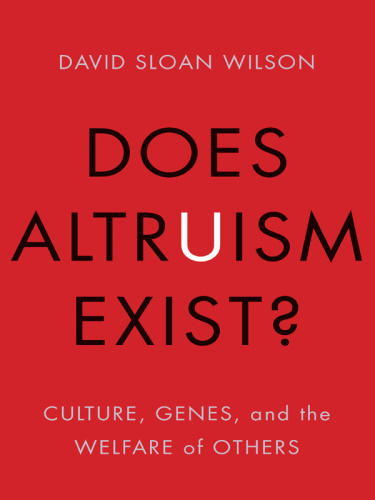 Description: David Sloan Wilson, one of the world's leading evolutionists, addresses a question that has puzzled philosophers, psychologists, and evolutionary biologists for centuries: Does altruism exist naturally among the Earth's creatures?The key to understanding the existence of altruism, Wilson argues, is by understanding the role it plays in the social organization of groups. Groups that function like organisms indubitably exist, and organisms evolved from groups. Evolutionists largely agree on how functionally organized groups evolve, ending decades of controversy, but the resolution casts altruism in a new light: altruism exists but shouldn't necessarily occupy center stage in our understanding of social behavior.