The Terrorists of Irustan by Louise Marley 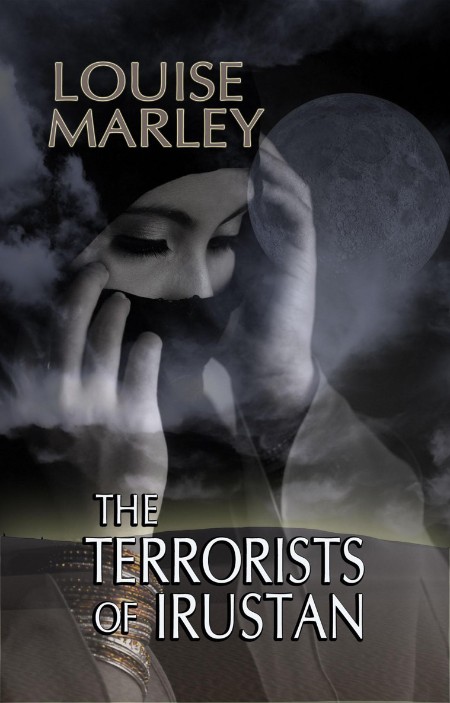 In this brilliant novel from the author of Sing the Light, a talented medicant defies the rule of men-and changes the lives of every woman on the planet.

"A dark, richly imagined tale...a thoughtful meditation upon the dangers of fanaticism and the strength of the human spirit."-Sharon Shinn

From Booklist
On Irustan, a planet settled long ago by humans, the Book of Second Prophet painstakingly details the proper way of being. Despite space travel and advanced technologies, men are the absolute decision makers. Women, draped in shapeless silks, their faces heavily veiled, are chattel. Only a select few get a glimpse at independence by becoming medicants, who are trained in the medical sciences. Such work is regarded as too distasteful for men. The beautiful Zahra is a young wife, a talented medicant, and a murderer. Sickened by a world of abusive husbands, Zahra's choice to kill is believably righteous, but it is fraught with treacherous subsequent ramifications. Marley realizes Irustan in dynamic detail, and she manages real, consistent character development so that not only does Zahra mature, but secondary characters subtly grow as situations demand. Throughout, Marley's acclaimed, exquisite prose and her universal themes of feminist heroism light the book brightly. Karen Simonetti

From Kirkus Reviews
Feminist science fiction from the author of the paperback Receive the Gift, etc. According to planet Irustan's inflexible religious code, women must be secluded and veiled, and are given away at the whim of the household's chief male. Nearly all men work in the rhodium mines, where they unavoidably inhale dust and become susceptible to a fatal disease; despite wearing masks, they require regular treatment. Their religion, however, bids them disregard their bodies, so men cannot be doctors. Zahra IbSada, the wife of Qadir, chief director of mines, is a ``medicant,'' Irustan's nearest equivalent to a doctor, diagnosing and treating with the help of machines imported from Earth. Despairingly, Zahra treats wives battered by their husbands, certifies as healthy 14-year-old girls being forced into marriage, and, disregarding Qadir's prohibition, patches up prostitutes injured by their clients. Then her friend Kalen, whose daughter Rabi will be given to the brutal Binya Maris, asks Zahra to intervene. She refuses, but secretly helps Kalen administer a fatal disease-causing agent. Zahra becomes friendly with offworld deliveryman Jin-Li Chung, who turns out to be a woman. When another friend begs for help against her adamant husband, Zahra again intervenes. Jin-Li's Earth boss, suspicious of the two unexplained deaths, orders him/her to spy on Zahra. But the brutality continues. Should Zahra persist with her covert terrorism, thereby risking detection, or join with her friends and start a revolution? Thoughtful and effective, despite the familiar backdrop and obvious developments. -- Copyright ©1999, Kirkus Associates, LP. All rights reserved.