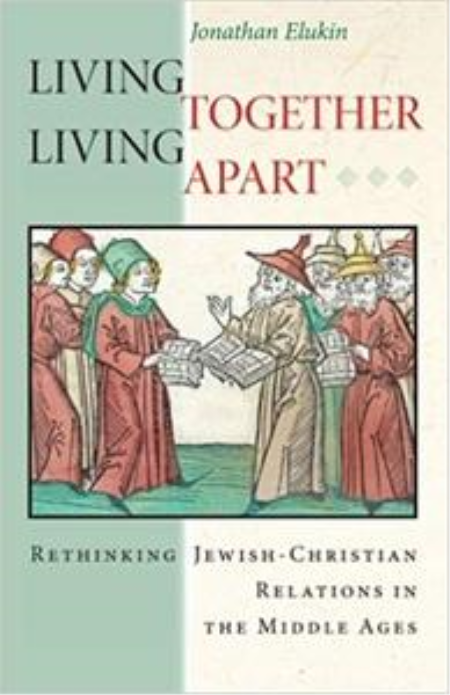 This book challenges the standard conception of the Middle Ages as a of persecution for Jews.

Jonathan Elukin traces the experience of Jews in Europe from late antiquity through the Renaissance and Reformation, revealing how the pluralism of medieval society allowed Jews to feel part of their local communities despite recurrent expressions of hatred against them.

Elukin shows that Jews and Christians coexisted more or less peacefully for much of the Middle Ages, and that the violence directed at Jews was largely isolated and did not undee their participation in the daily rhythms of European society. The extraordinary picture that emerges is one of Jews living comfortably among their Christian neighbors, working with Christians, and occasionally cultivating lasting friendships even as Christian culture often demonized Jews.

As Elukin makes clear, the expulsions of Jews from England, France, Spain, and elsewhere were not the inevitable culmination of persecution, but arose from the religious and political expediencies of particular rulers. He demonstrates that the history of successful Jewish-Christian interaction in the Middle Ages in fact laid the social foundations that gave rise to the Jewish communities of modern Europe.

Elukin compels us to rethink our assumptions about this fascinating period in history, offering us a new lens through which to appreciate the rich complexities of the Jewish experience in medieval Christendom.