Last Things: Death and the Apocalypse in the Middle Ages 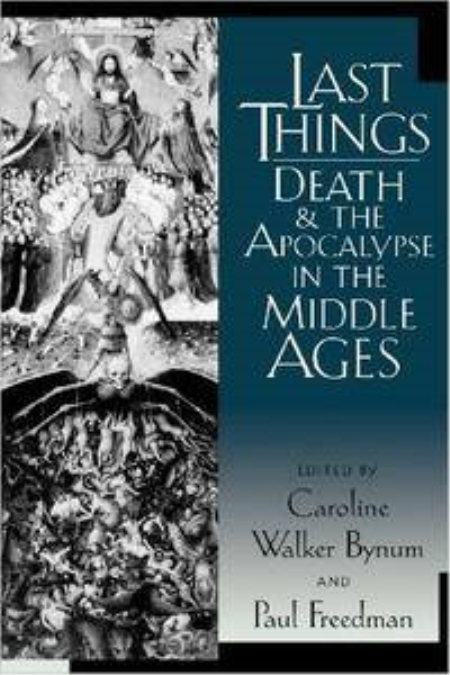 When the medievals spoke of "last things" they were somes referring to events, such as the millennium or the appearance of the Antichrist, that would come to all of humanity or at the end of .

But they also meant the last things that would come to each individual separately-not just the place, Heaven, Hell, or Purgatory, to which their souls would go but also the accounting, the calling to reckoning, that would come at the end of life. At different periods in the Middle Ages one or the other of these sorts of "last things" tended to be dominant, but both coexisted throughout.

In Last Things, Caroline Walker Bynum and Paul Freedman bring together eleven essays that focus on the competing eschatologies of the Middle Ages and on the ways in which they expose different sensibilities, different theories of the human person, and very different understandings of the body, of , of the end. Exploring such themes as the significance of dying and the afterlife, apocalyptic , and the eschatological imagination, each essay in the volume enriches our understanding of the eschatological awarenesses of the European Middle Ages.