Forging a Unitary State: Russia's Management of the Eurasian Space, 1650-1850 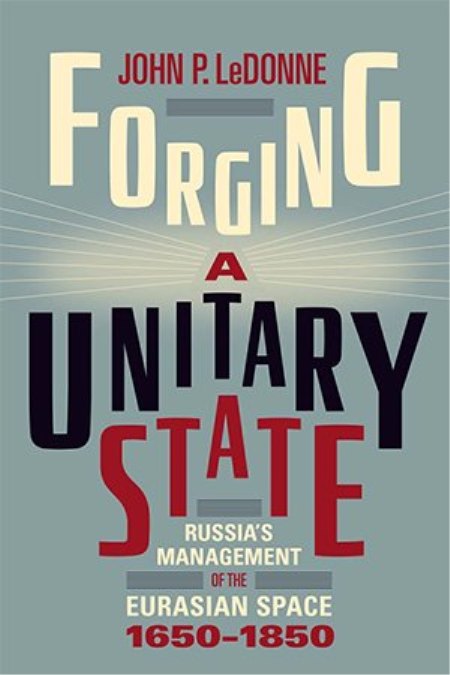 Covering two centuries of Russian history, Fog a Unitary State is a comprehensive account of the creation of what is commonly known as the "Russian Empire," from Poland to Siberia.

In this book, John P. LeDonne demonstrates that the so-called empire was, for the most part, a unitary state, defined by an obsessive emphasis on centralization and unifoy. The standardization of local administration, the judicial system, tax regime, and commercial policy were carried out slowly but systematically over eight generations, in the hope of integrating people on the periphery into the Russian political and social hierarchy.

The ultimate goal of Russian policy was to create a "Fortress Empire" consisting of a huge Russian unitary state flanked by a few peripheral territories, such as Finland, Transcaucasia, and Central Asia. Additional peripheral states, such as Sweden, Turkey, and Persia, would guarantee the security of this "Fortress Empire," and the management of Eurasian territory. LeDonne's provocative argument is supported by a careful comparative study of Russian expansion along its western, southern, and eastern borders, drawing on vital but under-studied administrative evidence. Fog a Unitary State is an essential resource for those interested in the long history of Russian expansionism.