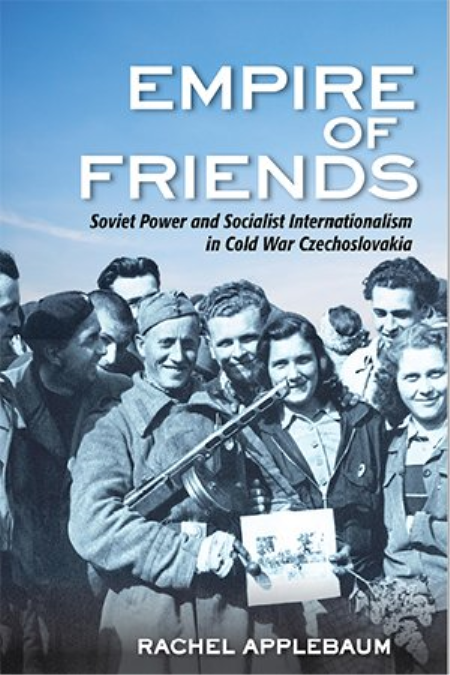 But in Empire of Friends, Rachel Applebaum shows how the Soviet Union simultaneously promoted a policy of transnational friendship with its Eastern Bloc satellites to create a cohesive socialist world. This friendship project resulted in a new type of imperial control based on cross-border contacts between ordinary citizens. In a new and fascinating story of cultural diplomacy, interpersonal relations, and the trade of consumer-goods, Applebaum tracks the rise and fall of the friendship project in Czechoslovakia, as the country evolved after World War II from the Soviet Union's most loyal satellite to its most rebellious.

Throughout Eastern Europe, the friendship project shaped the most intimate aspects of people's lives, influencing everything from what they wore to where they traveled to whom they married. Applebaum argues that in Czechoslovakia, socialist friendship was surprisingly durable, capable of surviving the ravages of Stalinism and the Soviet invasion that crushed the 1968 Prague Spring. Eventually, the project became so successful that it undeed the very alliance it was designed to support: as Soviets and Czechoslovaks got to know one another, they discovered important cultural and political differences that contradicted propaganda about a cohesive socialist world. Empire of Friends reveals that the sphere of everyday life was central to the construction of the transnational socialist system in Eastern Europe―and, ultimately, its collapse.