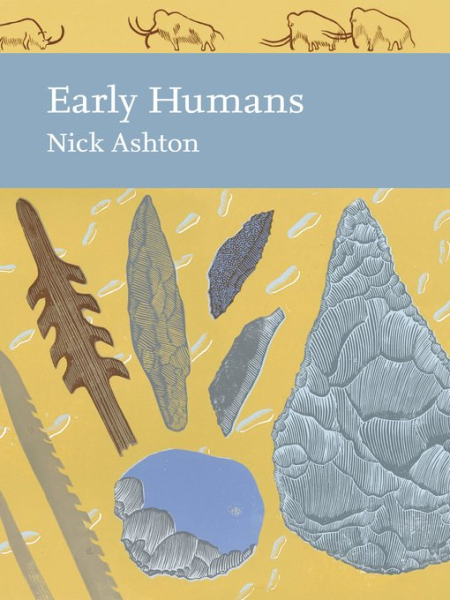 Our understanding of the British Palaeolithic and Mesolithic has changed dramatically over the last three decades, and yet not since H.

J. Fleure's A Natural History of Man in Britain (1951) has the New Naturalist Library included a volume focused on the study of early humans and their environment.

In this long overdue new book, distinguished archaeologist Nick Ashton uncovers the most recent findings, following the remarkable survival and discovery of bones, stone tools and footprints which allow us to paint a picture of the first human visitors to this remote peninsula of north-west Europe.

As part of the Ancient Human Occupation of Britain project and subsequent research, Ashton is involved in an unrivalled collaborative effort involving archaeologists, palaeontologists, and earth scientists at different British institutes, including the Natural History Museum and the British Museum. Using an interdisciplinary approach, the book explores the latest discoveries such as footprints at Happisburgh, Norfolk that are thought to be nearly one million years old, flint artefacts at Pakefield in Suffolk and mammoth remains at West Runton, among others. These remarkable remnants help our quest to unravel the interactions between the chag environments and their ancient human occupants, as well as their lifestyles and migrations.

Early humans colonised our remote corner of the European mainland and again, despite being faced with ice age climates with far-reaching consequences. Setting the scene on the Norfolk coast almost a million years ago, Ashton tells the story of the fauna, flora and developing geography of Britain against the backdrop of an ever-chag climate. Above all, he explores how early people began as brief visitors to this wild remote land, but over through better ways of acquiring food and developing new technologies, they began to tame, shape and dominate the countryside we see today.