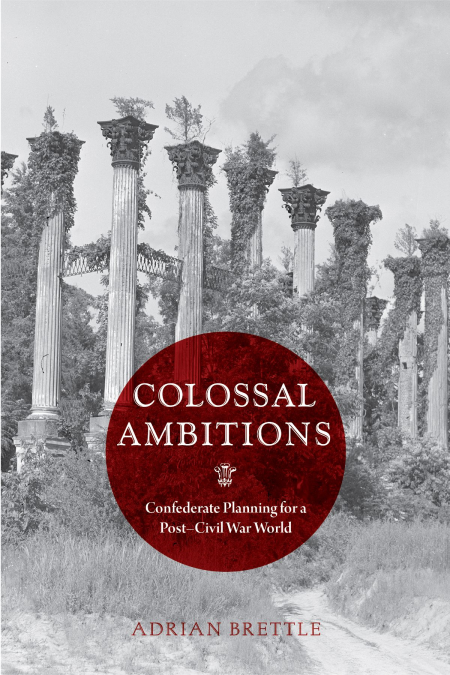 Leading politicians, diplomats, clerics, planters, farmers, manufacturers, and merchants preached a transformative, world-historical role for the Confederacy, persuading many of their compatriots to fight not merely to retain what they had but to gain their future empire.

In Colossal Ambitions, Adrian Brettle explores how leading Confederate thinkers envisioned their postwar nation-its relationship with the United States, its place in the Americas, and its role in the global order. Brettle draws on rich caches of published and unpublished letters and diaries, Confederate national and state government documents, newspapers published in North America and England, conference proceedings, pamphlets, contemporary and scholarly articles, and more to engage the perspectives of not only modern historians but some of the most salient theorists of the Western World in the eighteenth and nineteenth centuries. An impressive and complex undertaking, Colossal Ambitions concludes that while some Confederate commentators saw war industrialization as pointing toward a different economic future, most Confederates saw their society as revolving once more around coercive labor, staple crop production, and exports in the war's wake.